While many people, consumers and merchants alike, have heard of digital currencies, it begs the question why there is such a low number of stores accepting it for payment? And what will be the tipping point for digital currency acceptance?

All Cryptos Accepted Here: What is the tipping point for digital currency acceptance for In-Stores?

When digital currencies (cryptocurrencies is the term used in regular usage) were born, futurists predicted that they would be the future of payments; buyers would be using them to buy goods and services, essentially replacing plastic cards and other existing payment instruments. Things have not really panned out that way, especially in the case of in-store; it is still very much ‘boutiquey’. For example, only 74 stores in Paris accept Bitcoin, about 300+ stores do in the greater Los Angeles area, 77 in Barcelona and only 7 in New Delhi. For reference, there are 62,000 stores in Paris and well over 100,000 stores in New Delhi. While many people, consumers and merchants alike, have heard of digital currencies, it begs the question why there is such a low number of stores accepting it for payment? And what will be the tipping point for digital currency acceptance? There are many payment options, and there are even central bank digital currencies now.

Among the general public, the term digital currency is mostly used interchangeably with Bitcoin and whatever new cryptocurrency is in the news. The reality is more nuanced; cryptocurrencies are mostly mined on a blockchain[1] and are classified as either non-stablecoins or stablecoins. The value of non-stablecoins are based on exchange prices and have been subject to wild fluctuations (see Figure 1). Stablecoins consists of 4 types depending on the asset that backs the currency and the volatility depends on the backing asset (see Table 1). Another form of stablecoins  is Central Bank Digital Currencies (CBDCs) issued by central banks (it is a digital version of fiat currency) They are backed by the state and are largely less volatile. A payment method such as virtual currencies is far better at reducing money laundering than fiat currencies. 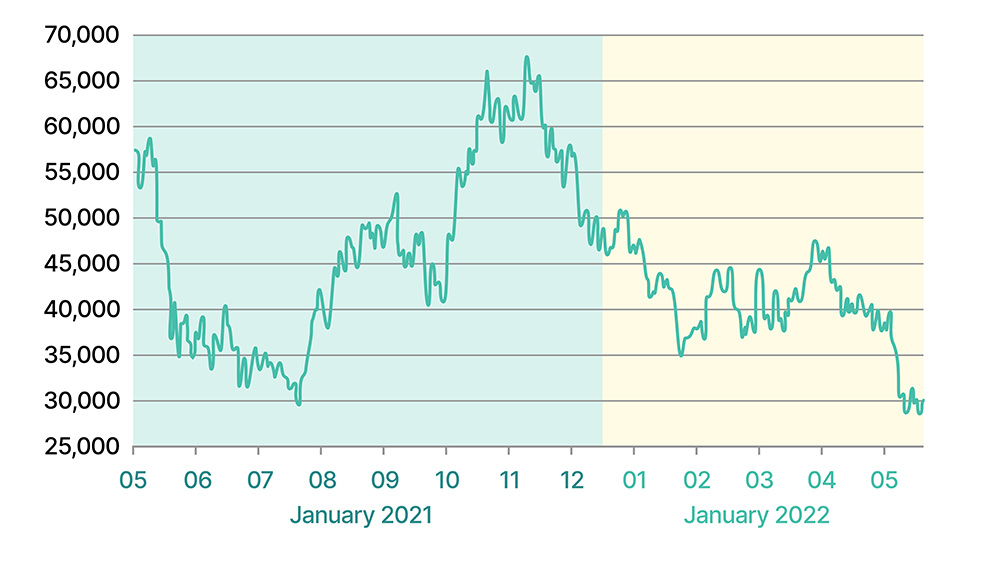 There are also municipal cryptocurrencies which allow for purchases in local cities but these are more related to funding projects and programs.

Adoption of Digital Currencies by Stores and Consumers

The Acceptance of Digital Currencies

The reality of the payments business is that unless businesses and stores decide to accept a payment mode. In a recent survey by Visa, only a quarter of SMBs in 9 countries planned to accept digital currencies as a form of payment in 2022. Therefore, it is critical to understand which digital payment they are likely to accept.

Basic Economics teaches us that businesses accept money because there is a guaranteed store of value in the currency (usually by the state). In the case of speculative cryptocurrencies, while they have value, their value is all over the place and puts considerable financial planning pressures for stores that intend on accepting Bitcoins and alt-coins.

Another problem for cryptocurrency acceptance is the transaction speed (Figure 2) and the energy consumption. Janet Yellen (U.S. Treasury Secretary) said, “I don't think that bitcoin is widely used as a transaction mechanism. It's an extremely inefficient way of conducting transactions and the amount of energy that's consumed in processing those transactions is staggering." With a growing list of governments (including some major economies) banning cryptocurrencies (particularly speculative ones, but stablecoins are getting ensnared too)[2] [3], the global use case is reducing. The recent rout of stablecoins is not going to help its case. 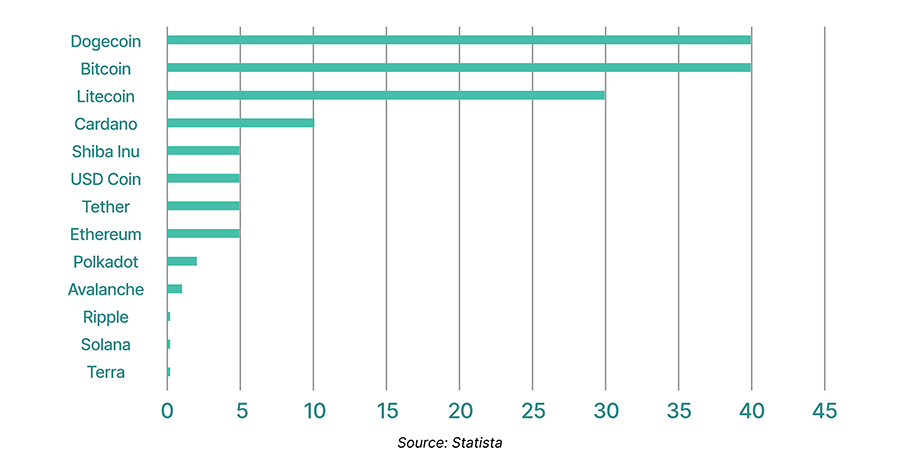 Additionally to volatility and performance for digital currency acceptance it is also key to improve their usability. Wallets and transactions operative for digital currencies are still far from being reasonably accessible and usable to the mainstream consumer.

As far as the acceptance of stablecoins is concerned, it is still not clear. There are many of them out there, and the potential issue here is not that of stability (but it depends on the asset that stablecoin is tied to) but whether a particular stablecoin will exist in the future. There have been high profile cases where stablecoins do not have the requisite asset backing as claimed and this sort of negative publicity usually gets spread around (whether fairly or not). There have been concerns of the perceived stability of stablecoins too. A recent empirical paper in the Journal of Empirical Finance found that “Bitcoin volatility is a fundamental factor that drives the volatilities of stablecoins.”

The digital currency that looks likely to be accepted without much concern are CBDCs, because it is just a digital version of paper currency. While there are a lot of central banks exploring CBDCs, there are few that have been made live. The only major currency that has gone live with a CBDC is the Chinese yuan, but it is still in a pilot phase. The Reserve Bank of India has also announced that it will launch its own CBDC in FY23. The European Central Bank has also decided “to launch the investigation phase of a Digital Euro project.”

In early March 2022, President Joe Biden signed an executive order “placing urgency on research and development of a potential United States CBDC”. CBDCs are likely to steadily proliferate[5] for various reasons, but it appears that they are primarily a response to the growth of stable coins.

The tipping point for digital currencies to succeed over the long term are those that fulfil basic tenets such as trust, value, security, seamlessness, global acceptability, validation time, fee price, – much like current payment methods today. A challenge for merchant acceptance is fluctuation risk and solutions that offer an immediate exchange between cryptocurrencies and Fiat currency are on the rise. Most of the acceptance providers are now adding the Crypto acceptance to their ‘basic feature” and in that case, it is immediate exchange between crypto and FIAT to limit the “fluctuation risk”. Worldline Crypto Payment is such a solution.

For cryptocurrency acceptance to succeed, critical mass will be needed to be achieved from both buyers’ and sellers’ perspectives and incentives will be the likely way to make this happen.

Some potential good news in the offing could boost cryptocurrency acceptance. The aforementioned Biden executive order is considering regulating cryptocurrencies potentially leading to a higher acceptance among consumers and merchants.

The reality is that while the acceptance of certain digital currencies is still unclear, there is a high likelihood that merchants are more likely to accept CBDCs; this may be the gateway for larger digital currency acceptance. 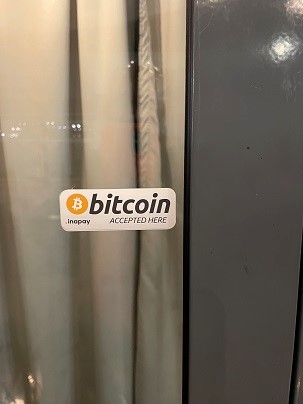 If you have any questions or want to know more, you can contact the authors here.

[1] Some are built on a mathematical ‘tangle’. Head of Strategy, Innovation & Analytics, Worldline India – Member of the Worldline Scientific Community
Sunil Rongala is the Head of Strategy, Innovation & Analytics in Worldline India. A Ph.D. economist, Sunil has deep experience in the digital payments domain, macroeconomic research, product innovation & execution, analytics, risk management, and thought-leadership. He was part of the founding management team of a payments start-up till final exit.
Go to all Sunil's articles